This conference, which took place from 12th to 13th April 2019, brought together legislators (mayors, city councilors and parliamentarians), financial managers, and experts in disarmament and climate change to examine successful divestment policies and support their expansion and replication. The conference also addressed impact investment and build cooperation to advance related nuclear disarmament policies.

The conference was opened by Lukas Ott, Head of the Cantonal and City Development Unit in the Basel-Stadt Kanton President’s Department. Mr Ott highlighted the youth-led climate demonstrations in cities around the world, and noted that ‘At a time when nuclear weapons and climate change threaten humanity, the young climate activists are correct to promote the Paris Agreement as more than a mere declaration of intent, in order to achieve carbon emission neutrality by 2030.’ 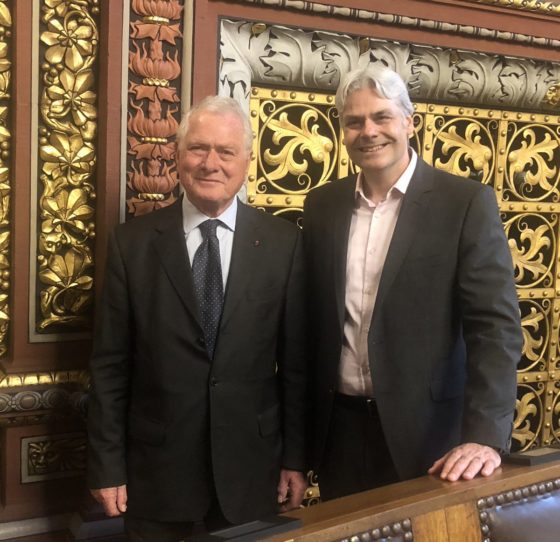 ‘The dangers of nuclear weapons and the effects of climate change do not stop at national borders,’ added Mr Ott. ‘They can only be addressed if everyone – state, civil society and private sector actors – participates in the process and takes their responsibility. Basel was the first Swiss city to announce climate change as an emergency and to set a clear political agenda for climate protection. We are leading by example, as the city is already running 100% on renewable energy. In addition, the Basel-Stadt Cantonal Constitution states that the canton is opposed to the use of nuclear energy and will not hold any investments in nuclear power plants.’

Full version of the speech of Lukas Ott

About the conference and the international campaign